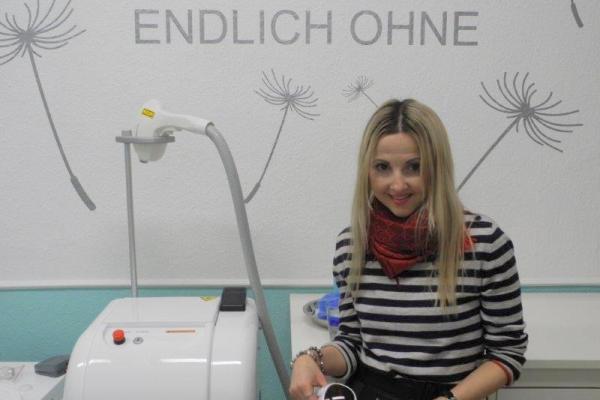 Do you have a tattoo that you would like to get rid of? Of course I have one!!!!

Sometimes we make thoughtless stupidities in our live – and the younger we are, the more. 12 years ago I was on holiday in Turkey …. Sun, sea, tourism and tattoo studios nearly everywhere in the arts district of Kusadasi

I couldn’t miss that opportunity

– now I have a wonderful holiday memory at my booty

Anyway, I wanted to remove that tattoo for years, but didn’t take care about it until last week. I’m a person dooing a lot of research and then make my own decisions – I’m not running from one studio to the next, let them advise me umpteen times – ultimately every studio will recommend its own method … and so I like to have a reasonably informed opinion.

Initially I messed up all the different types of lasers. Then I realized that there are only a few types of lasers that are suitable for the removal of tattoos – Today Nd:YAG and Ruby ​​laser are the best choice. Of course there are different producers and I think a modern device is always more accurate and therefore results are better than older devices. Therefore, one should also know which device is used by a studio and how old they are. Ultimately you have to take the risk of such treatment on your own and the result is highly dependent on the quality of the laser.

I finally decided to go for a first consultation and then later for a treatmet to the studio ENDLICH OHNE in Hannover – they really met all my expectations. The friendly and competent advice and professional appearance have given me the feeling that these people know what they are doing. Trust is very important to me; I’m so a cautious bunny

When it comes to technology ENDLICH OHNE leaves no wishes unfulfilled – they have devices with Nd:YAG and Ruby ​​laser – not many studios have this

When I’m convinced, there’s no time to hesitate or for doubts. The price-value ration at ENDLICH OHNE is very good, too. There are discounts for multiple treatments – so a good deal

Between the treatments must be done at least 6 weeks off – you can also pause the treatment for longer – so there was nothing left, not to start the first treatment … well , another thing is the pain – my treatment did hurt pretty much, veeerrrrry. Okay, you can stand it – and when a small petite girl, like me survived the treatment without anesthetic cream, a strong woman or man will for sure

The pain is like a blow with a rubber band on the skin – but already a pretty strong taut rubber band – it really hurts. For those who can stand no longer there is an anesthetic cream or a short break – I had about 5 times

My tattoo is not really small, about 50 cm², but after about 15 minutes the treatment was over. Because I have a black, red, green tattoo, both lasers were used. For black and red the Nd: YAG laser with different lenses and for green the ruby ​​laser. After treatment, the area with the tattoo burns like an average sunburn – not really nice, but nothing really bad

All in all, the treatment is really bearable

Of course you have to take care about a few things after the treatment; most of all to prevent scarring – but I think anyone who wants to have a good result will do this.

I’ll go for my second treatment in 7 weeks and even look forward for it – then I definitely will tell you more. As far, I think, that’s enough information 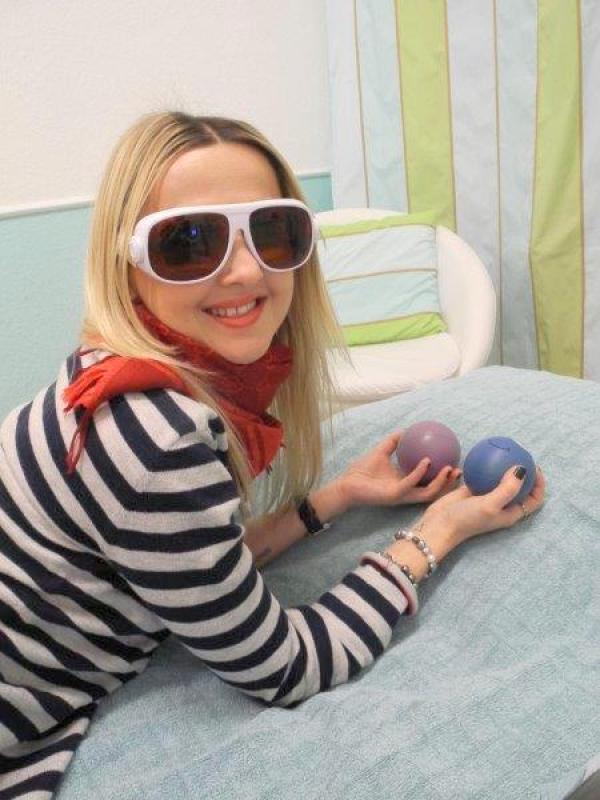 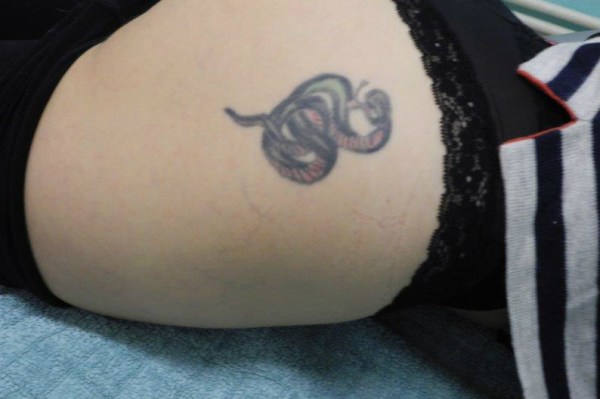 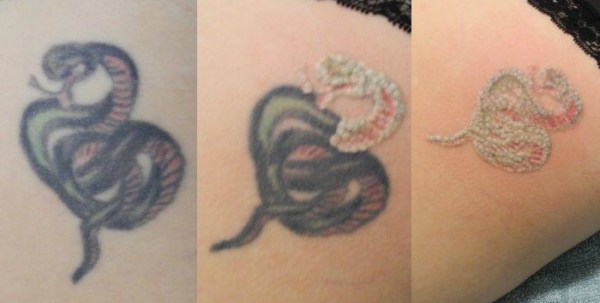 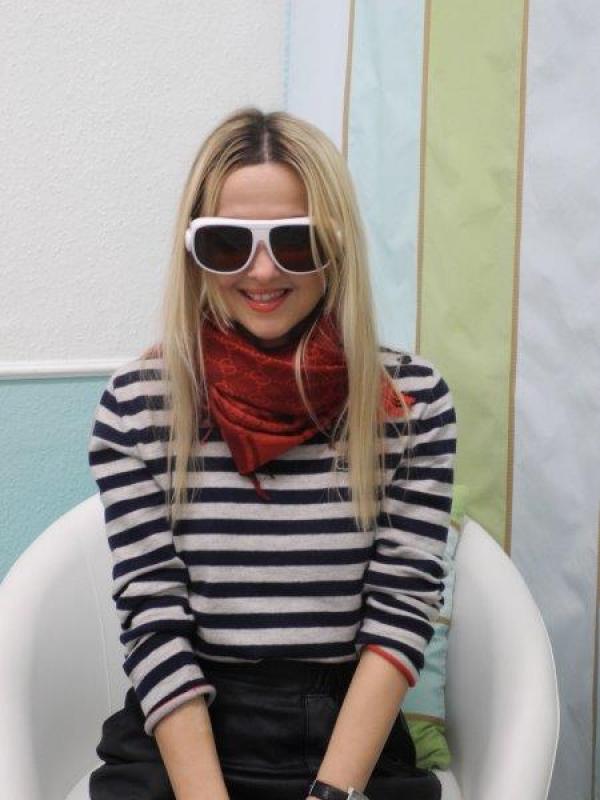 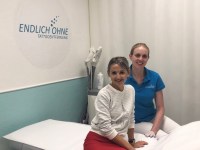 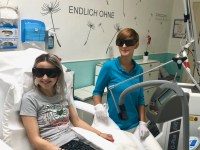 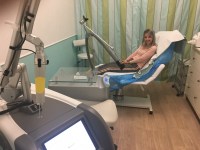 Amazing pics as ever doll, love your style!